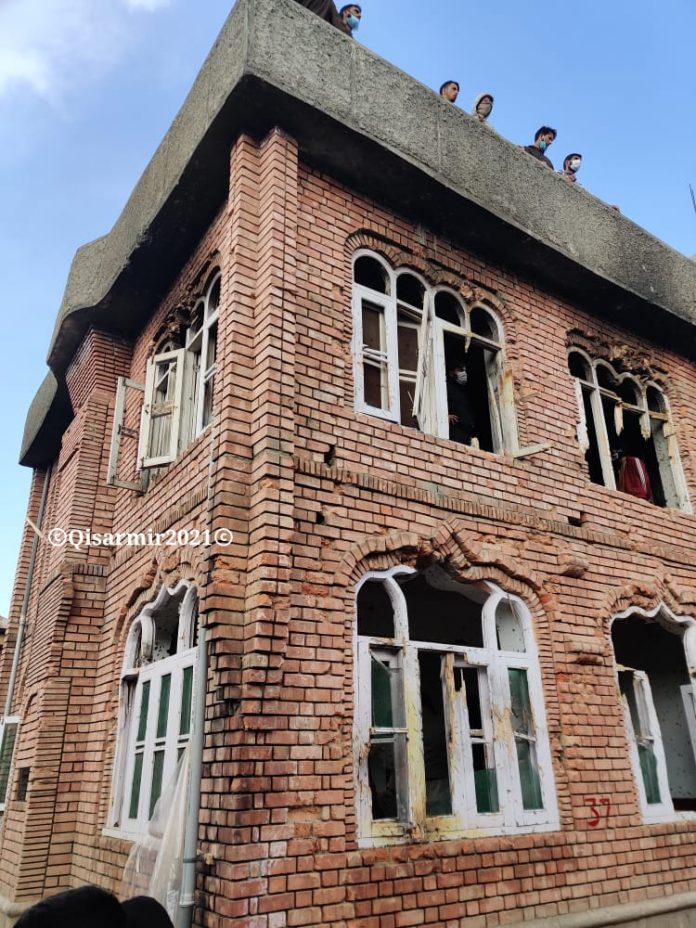 Briefing the media about two separate gunfights at PCR Srinagar, IGP Kashmir Vijay Kumar said that in two encounter—one at Jan Mohalla, Shopian and another at Nowbugh, Tral in Pulwama district, seven militants including AGH chief Imtiyaz Shah, who was active since April 2019, was killed.

“In Shopian operation we had to be very patient. We followed all SoPs. We allowed the Moulvi of the local masjid in which militants were hiding, to persuade militants to surrender twice in the night. We also brought brother of a militant. His request for surrender was also turned down. We brought parents of militants in the morning, but militants refused to surrender,” the IGP said, adding that in Shopian gunfight no IED, no explosive and grenades were used. “We used tear smoke shells. In the ensuing gunfight, five militants were killed—two from Hizbul Muajhideen, one from LeT and two from AGH. All were categorized militants.”

He said that two militants including the AGH chief Imtiyaz Shah had fled from the Shopian encounter site during the initial cordon after throwing grenades. “We developed the lead and found that duo had fled to Nowbugh area of Tral. Today, early morning a cordon was launched in an open area where Imtiyaz along with his aide were killed,” he said. From of the seven slain militants, the IGP said seven AK-riffles and two pistols were recovered. He said that in Shopian operation sanctity of the masjid was maintained and the place of worship suffered very minimum damage. Locals of Jan Mohalla, Shopian, however, said that masjid suffered partial damage in the encounter as interior walls and window panes developed cracks.

The IGP identified the slain militants of Shopian as Muzamil Tantry who had joined militancy in August 2019, Adil Lone who picked up arms in July 2019, Younish Ahmed Khanday, who joined militancy in November last year and Basit Bhat who picked up gun in June last year. He said the fifth militant has not been identified yet. Similarly, the IGP said one of the slain militants of Tral gunfight was identified as Imtiyaz Shah, the chief of AGH, who was active since April 2019, and was tasked to target Amarnath Yatra in Tral area. The identity of Imtiyaz’s aide is being ascertained.

Speaking on the occasion, GoC Victor Force Rashim Bali said that in Shopian operation sanctity of the masjid was maintained and only automatic fire and small grenades were used to kill militants hiding inside. “Every effort to make the militants surrender failed,” he said, adding that the army men on ground are being strictly directed to respect the local sentiment and to ensure minimum collateral damage during anti-militancy operations.

To a query whether any civilian was injured in Shopian encounter, the IGP said: “During the initial exchange some miscreants tried to disrupt the operations after which police used minimum force to disperse them. Three civilians sustained injuries and all are stable.”

Replying to a query how many soldiers sustained injuries in Shopian operation, present on the occasion, GoC 15 Corps Lieutenant General D P Pandey said that four soldiers including an officer were injured during the operation and all are stable. On whether militants are planning to target Amarnath Yatra, the GoC said that it won’t be for the first time that militants may be planning to target the pilgrimage. “Militants are always looking for soft targets. We will ensure all measures are taken to see a peaceful pilgrimage of Amarnath this year,” the GoC said—(KNO)